When you begin something new, there’s so much to learn. Improvement is quick and often, practice is exploratory and fun. But after doing anything for a while, you settle into a routine and your once explosive improvement tapers off. Wherever this may leave you, you can’t seem to get beyond this plateau.

Why are you stuck at this intermediate level and what can you do about it?

Fear not friend. The primary reasons people remain at the same level in jazz improvisation are generally the same across the board. Let’s dive into these roadblocks and detail exactly how to handle them so you can get to the next level asap!

1.) You’re using scales as a shortcut to understand chords

A huge problem and possibly the reason most people get stuck at the same improvisational level for so long, is their constant reliance on scales to understand chordal structures.

When you want to play over an Eb-7 chord, do you have to think about what notes to play based upon scale relationships? If your thinking goes something like this…

…hmmmm, Eb- is the ii chord of Db major, so I’ll play the notes in Db major, but starting on Eb…you’re in trouble. 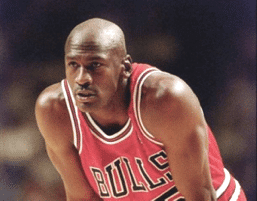 “If you try to shortcut the game, then the game will shortcut you.”
~Michael Jordan

This shortcut to chords through scales is a widely taught system for understanding chords in jazz improvisation – this system quickly gives you access to correct notes without knowing a lot about the harmonic structures.

It’s not a bad place to start and in the short-term, it does help you, but if you want to get to the next level, it’s time you ditch your shortcuts and start to understand what actually is going on around you in terms of harmony.

Start to understand every chord as its own entity…

Get rid of the preprocessing you have to go through when you think about a chord. Let’s revisit our Eb-7 chord. Rather than having to think about what scale to play and what key, study Eb-7 until it becomes its own thing in your mind.

You’ll know when a chord has become its own entity in your mind when you know all of its chord tones inside and out, how the chord is typically presented in a chord progression, and what all this stuff sounds like…

For any chord that you truly know, you should be able to instantly conjure these answers and more, without any thinking or effort.

Practice visualizing chords, progressions, chord-tones, and any other information that you want at your fingertips…

And study chords at the piano – By playing the chord at the piano you’ll get to know their structures and their sound.

2.) You think chords & scales are the keys to improvising

So you know every chord of a tune and you know the scales.

Excellent! But the truth is you’ve just begun…

The bare minimum amount of knowledge for improvising over a chord, is knowing the chord tones and the scale of any given chord.

Yes, that’s the least you should know. As I’ve said in lessons before, many books, teachers, and friends will claim that this is exactly what you need to know, but really it’s the absolute bare minimum.

A huge part of getting to the next level, and what most people ignore, is amassing jazz language.

You do have to know the harmonic structures of a tune forwards backwards and sideways, but no matter how well you know the changes, you still won’t improvise the way you wish to unless you acquire language and learn to apply it.

Without learning, studying, understanding, conceptualizing, and applying jazz language, you’ll be in the dark about how to create strong melodic lines when you improvise.

Get language from your favorite players, really study it and learn to use creatively and watch your playing grow!

You know why you shouldn’t be a real book player, but you keep using it…

It’s okay if you’re still attached to the written page, we all have to start somewhere, but over time, you want to move yourself toward learning more and more from the recordings of your heroes.

Start by simply changing your process of a learning a tune. Instead of going straight to the written music and a play-along track, start with a recording of one of your favorite musicians.

You can always take out the real book later, but make it a personal goal to spend at least some time first seeing how much you can figure out from a recording before you resort to the written page.

Even a small effort of 10-15 minutes in this direction will help you develop your ear and eventually be able to tackle tunes without the need for the real book.

4.) You practice without a plan

I love to play saxophone. And because of this love, I catch myself playing to just play all the time. I’m sure you find yourself in this situation, too…

Now, there’s absolutely nothing wrong with this, in fact, it’s something that we should allow ourselves to do, I mean, this is supposed to be fun, right?

But, it’s more productive to mindfully engage in this free-play rather than just playing to play. 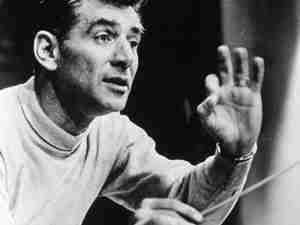 “To achieve great things, two things are needed; a plan, and not quite enough time.”
~Leonard Bernstein

Make a plan before you start practicing. Then, actually stick to your plan when you practice. Schedule in this free-play time as a reward to yourself for sticking to your plan.

5.) You try to learn too much at once

How many tunes did you work on today? How many lines did you run through or how many concepts did you go over?

There’s a ton to learn in this music and you probably feel overwhelmed all the time, like you’re always trying to catch up, but that’s just the nature of the game.

There’s always going to be a ton to learn, so don’t get trapped into tackling so much that you never truly master anything.

Practice one thing for an extended period of time.

Sometimes I practice the same thing for weeks. There has even been several periods where I’ve studied a single solo for a period of months, and that’s it!

Besides warming up, 15 minutes of long tones and other sound exercises, I’d go straight into transcribing the same solo every day for months. I’d learn a little bit more of the solo each day and I’d improve the parts that I’d already transcribed, getting them up to speed.

Why do I suggest focusing on only one thing? Because…

At the end of ANY practice session, you should be able to explain why you’re a better musician today than you were yesterday. 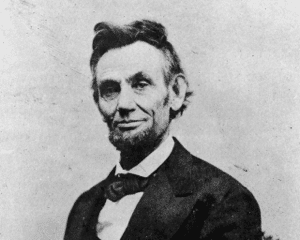 “I don’t think much of a man who is not wiser today than he was yesterday.”
~Abraham Lincoln

I used to tackle a ton every day. I had a very organized regimen, spanning half-a-dozen topics. And, I felt accomplished at the completion of my practice, but I could barely remember what I practiced even later that evening. That’s a problem.

If you can barely remember what you practiced, how can you actually apply the information when you’re in a real life musical situation?

By practicing one thing and really mastering it, understanding it, getting into the inner workings of it, you’ll have the new information ingrained in your mind, body, and ear. You’ll know how to use it and when to use it.

Try picking one solo, one line, one tune, or one concept, and just make the exploration of that one thing your practice for a day, a week, or even a month depending on the nature of the material. When you really get into one thing, you’ll know what I mean.

A huge thing that holds people back is this notion of copying. If I copy people, I’ll never be original. You’ve got to get over this.

Copying the greats in anything is how you figure out what works for you. You need a concept, and this concept is gleaned from transcribing.

Put it in transcribing software and learn it. You’ll be glad you did.

7.) You haven’t sought influences that move you

They very well may be giving you excellent suggestions for your study, however, it’s up to you to figure out who you actually want to sound like.

Playing jazz is art, not a history lesson. But, that doesn’t mean that you should ignore the rich history of jazz – it simply means you should pick who you especially LOVE from that rich history.

Quit listening to or transcribing the musicians you think you should like and find the ones you do like. Period.

You can get to the next level

You’ve plateaued enough. You have the talent, the desire, and the creativity, you just need to make a few minor tweaks to your process and you’ll be well on your way!

If you’re calculating what scale to play over a chord, start studying harmony and playing the piano until every chord becomes its own thing in your mind. If you understand chords and scales, maybe it’s time to get some more jazz language, so start learning some.

If you’re still depending on the real book, gradually move away from it and try to learn tunes straight from recordings before you look at the music.

And if you’re tackling a ton in your practice sessions, pick one thing and make a plan at how you’re going to study it. Or If you’re avoiding transcribing, find influences that move you and transcribe them.

The next summit awaits your arrival and you know what to do to get there. With a little focus and dedication, you will get to the next level.