Recently a reader wrote in wanting to know, “What makes jazz ear training different from just general ear training?” That’s a great question and I definitely had to think to arrive at an answer. They both focus on intervals, chords, root movement and have other common ground, but how are they actually different?

And really, it’s not their fault. First off, the specific aspects that make jazz ear training different than general ear training are rarely talked about, or even given thought to, so most people teaching ear training typically teach ear training in one general way.

And secondly, ear training isn’t really meant for the classroom.  It’s something you do everyday on your own: a daily practice, pushing your ear forward, building upon your current aural knowledge while continually strengthening your fundamentals.

It’s not difficult or magical. It’s simple and repetitive, taking the sounds you want to get familiar with and ingraining them on a deeper and deeper level until they click.

In many general ear training choruses, the goal is simply identification. If you can guess the correct interval or chord, then…ding ding ding! We have a winner! That is correct says Chris Farley. 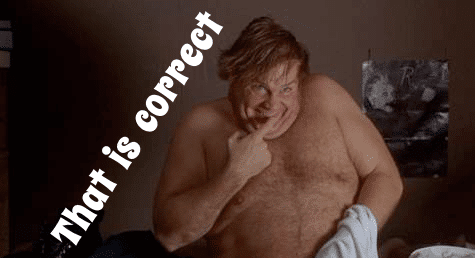 Nothing in ear training should be guesswork.

You shouldn’t have to think…hmmmm It sounds like a major third, but might be a minor third. Um, it’s a major third?

No. You should know without thinking, automatically, that’s a major third. In jazz ear training, this is not a nice-to-have, it’s a requirement because in jazz, knowing this aural knowledge is how you play, how you practice, and how you learn.

The ear training requirements of a jazz musician

A jazz musician has specific ear training requirements because they’re dealing with situations that you simply don’t encounter in other music:

You see, the jazz musician has to get beyond the basics and internalize a wide variety of sounds in order to hear, play, react, and lead in the moment.

But, learning tunes from recordings is not easy. The only way to effectively do it is to already have many of the structures that you’re going to hear, built up in your mind.

So, jazz ear training must prepare you for this task. Through the study of intervals, chord tones, voicings, and progressions, one can be ready for the task of learning tunes from recordings.

Transcribing language and jazz solos
One of the primary ways a jazz musician learns the jazz language and gets inspiration to develop their own concepts is through the process of transcribing.

And like learning tunes from records, transcribing language and solos is not an easy task either, especially if you haven’t done the necessary prep work via ear training.

Actually improvising
To obtain a level of freedom when you improvise you need to have great ears. No, it doesn’t mean you’re making everything up on the spot.

Is some of it made up and brand new in the moment, even to you? Yes. Is much of it concepts or lines that you have practiced? Yes. Is the stuff that you practiced, however, coming out in a new way, combining, morphing, and developing upon one idea to the next? Yes. Well, that’s the idea.

This creative in-the-moment process can only happen though if your ear can lead you in the right direction.

Clearly, the jazz musician has many situations that he or she may encounter that require a high level ear.

Ok, so I’m sure we’ve all done some interval practice before, but are they actually mastered? To be honest, I’ve worked on my intervals for years, and they could still be better!

That’s the thing. No matter how good you get at this stuff, it can be better.

You can begin to master your intervals in 28 days if you work hard at it, but remember, we’re not looking for Chris Farley to tell us that we’re correct. We’re looking to own the material. We want to be able to hear a bass line and know exactly what the intervals are, or perhaps we hear a phrase in a solo we’re listening to and we can pick out many of the intervals.

If your intervals aren’t at a place of mastery, then you won’t be able to apply the information and actually make use of it.

Getting to know chord tone colors

Most general ear training focuses on identification of intervals, triads, and seventh chords. The idea of what a chord tone sounds like on top of a chord is usually not studied that much.

In all forms of music, this chord tone color concept is very important. Why? Because the way a specific chord tone sounds in a particular context – the chord happening at that time – is what makes the melodic statement sound the way it does.

In other words, disregarding rhythmic aspects, a large part of why a melody sounds the way it does is because of what chord tones are used. Sound obvious? It is, but less obvious is that if you know the sound of each chord tone in the various harmonic situations, then you can create melodies from what you’re hearing; you know when you’re hearing the third of a chord in your mind, versus the 5th, or the b9, or anything else.

And developing a sense for chord tone colors gives the improvisor a huge leg up when they’re listening to or studying music, and want to quickly decipher what it is they’re hearing.

Instead of hunting around for a note on your instrument, you know that the line begins on the 5th of the chord, or the 9th, or anything it might be.

Jazz improvisers must go even further when it comes to hearing chord tones. Not only do they need to learn to hear the basic chord tones, they need to acquire an aural concept for the upper structure chord tones 9, 11, 13, as well as the many alterations that can happen, things like b9 or #9 on a dominant chord.

These unique sounds are rarely given the attention needed to master them, but if you want to truly understand what’s possible and what you’re hearing on the records of your heroes, these sounds have to be internalized.

Just as with basic chord tones like the 3rd on a major chord, these altered chord tones have a distinct color, too. In jazz ear training, a lot of time should be spent on learning to hear these sounds because they’re so prevalent.

Another unique-to-jazz ear training concept is chord voicings. A chord voicing is simply how the comping instrument, like piano or guitar, chooses to “voice” a particular chord, which means how they choose to reorder the chord tones over the base note and which harmonic tensions they choose to add.

Listen to Brad Mehldau’s voicings on Prelude to a Kiss.

Really, saying this is unique to jazz is not entirely correct. In general, most music is composed this way, so you still hear the concept of a voicing in other music, but, in jazz, it’s a lot trickier because the comping instrument can make changes to the voicing on-the-fly. And that is what makes it quite unique.

To begin to hear chord voicings, put a tune in Transcribe as you’ll need to slow it down and loop it to really hear what’s going on. Take it one chord at a time. Listen for the bass note and then listen to the piano player. What kind of 3rd does the chord have? Major or minor? What kind of 7th? What other notes are in the voicing? What order are the notes in?

If you take it slow and loop the chord in Transcribe like I suggested, you will be able to pick apart any voicing you hear.

When you’re training your ear as a jazz musician, you’ve got to get beyond the general idea of ear training and work on practical knowledge that you can apply in the real situations that you’re going to find yourself in time and time again.

Of course there’s a ton you could work on, but here are some of the topics to focus on where you’ll see the biggest gains:

Now there’s a ton to know, which is okay, because ear training is a life-long process. But, we wanted an ear training method for ourselves that organized and automated a lot of the aural knowledge that one needs to practice as a jazz improvisor or really any musician aspiring to a higher level for that matter. That’s why we put together something called The Ear Training Method. Yes, very original name I know 🙂

And whether you use The Ear Training Method that we developed, or sit at a piano practicing this stuff until it’s all second nature doesn’t matter. The fact is, in jazz, you have to use your ears at a high level. There’s no way around it.

If you want to improvise or play music in a way where you’re actually hearing what’s going on around you, then you have to study the sounds over and over, everyday. It’s a daily practice.

Milliseconds matter in ear training because jazz is a real-time activity. If you can’t instantly hear it in the practice room with no thought or effort, how do you expect to hear it in live performance?