Kenny Dorham was one of the first trumpet players that I checked out when I was starting to listen to jazz and after years of studying the music he is still one of my favorite trumpet players. K.D. was a prominent figure throughout the stylistic changes of the music from bebop to the modern jazz of the 1960’s, but he received little widespread recognition compared to some of his contemporaries. Because of this, he was often called the “uncrowned king” of jazz trumpet.

After really listening to his musical contributions though, it is clearly evident that Kenny Dorham is one of the masters of the music, a unique personal voice that deserves wider recognition. Check out this very rare clip of Kenny playing over his tune Short Story to see the “uncrowned king” in action:

K.D. arrived on the New York scene in the mid-1940’s as bebop was gaining momentum and quickly made his mark. He survived and thrived in a  music scene where trumpet players like Dizzy Gillespie, Fats Navarro and Howard McGhee were tearing it up. Dorham eventually joined Bird’s quintet after Miles left and shortly thereafter became a first call trumpet player for the top small groups in jazz.

He became the trumpet player for one of the original versions of the Jazz Messengers, stood in for Clifford Brown after his tragic passing in the Brown/Roach Quintet, recorded with Monk and Sonny Rollins and continued on to record many landmark albums for Bluenote during it’s golden age in the 1960’s with the great tenorman Joe Henderson.

One of the remarkable traits of Dorham, like the other lasting greats in jazz, is that he was able to adapt his style as the music evolved. He began forming his musical concept playing bebop in the late forties and then perfected his mature sound and compositional style as the music became more and more innovative. By the mid-60’s he was recording with some of the most progressive rhythm sections of the time, from Herbie Hancock and Tony Williams (à la Miles) to McCoy Tyner and Elvin Jones from Coltrane’s quartet.

Another prominent element and characteristic of Kenny’s playing was his harmonic prowess. From his early recordings to the albums he did in the 1960’s, he had a specific and personalized approach to altering dominant chords and navigating turnarounds. Listening to him play over standards like Mack the Knife on his album Quiet Kenny or the Jerome Kern tunes on his album Showboat, you can hear how Kenny uses substitutions over the V7 chords and turnarounds in an innovative way to create a really hip harmonic style that was unique among the trumpet players of his time.

When I was in grad school, the tenor player Jimmy Heath was rehearsing one of the ensembles on a Dorham tune called No End that he had arranged and he began to talk about his time with the trumpeter. He noted that Kenny Dorham was one of the great romantics of the music, referring to his soulful, lyrical and personal approach to his playing. This characteristic comes out in all of his solos and is especially evident in his compositions.

The composition that everyone recognizes and associates with Dorham is Blue Bossa and it is definitely his most played and recorded tune, but his composing is much more complex when one takes a closer look. On his albums, Dorham didn’t just write “head tunes” over established changes, but really crafted an independent creation with each composition. In doing this, he created a style that was introspective and harmonically bittersweet and at other times upbeat and swinging, lending itself to his unique tone and harmonic approach.

Here are just a few of Kenny Dorham’s compositions, among many others, worth checking out:

As K.D.’s musical concept continued to evolve, he looked for other players with the same vision to play in his groups and in terms of saxophonists, he found that in Joe Henderson. Some of Dorham’s most notable playing on record is with the great Joe Henderson during the 1960’s for Bluenote records. K.D. became an early supporter of Henderson’s playing and first began recording with Henderson in his quintet in 1963.

In terms of improvising, both players have a very personal sound and a unique way of playing over changes, sort of kindred spirits in the music, so it is no surprise that they began to play frequently on each other’s albums. Not only did Joe Henderson use Kenny as the trumpet player on his records, he also recorded his compositions on each of his early Bluenote albums.

On his first album as a leader, Page One, Henderson included the Dorham tune Blue Bossa, which quickly became a standard, and La Mesha. On his next album Our Thing, also recorded in 1963, the three Dorham tunes Pedro’s Time, Back Road, and Escapade are used. Finally for Henderson’s exceptional album In’n Out, K.D. contributes Short Story and Brown’s Town. 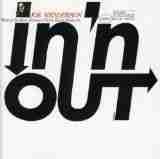 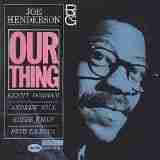 K.D.’s Required Listening…9 Albums You Need to Have

To really appreciate the full spectrum of Kenny Dorham’s playing, you really have to check out his records from each phase of his career. Below are nine albums, ranging from the latin and bebop influenced album

Afro-Cuban, recorded in 1955, to the forward-looking Andrew Hill record Point of Departure, recorded in 1964 with Eric Dolphy, that are great examples of the master at work. Remember, K.D. played on dozens of albums over the years, from Parker’s to Coltrane’s, so this is just a sample to get you started! 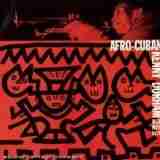 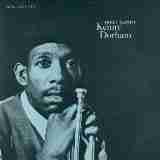 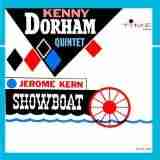 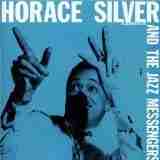 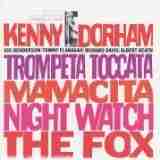 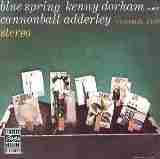