Oftentimes, we get pushed down a very narrow, prescribed path when it comes to learning and performing jazz. Without question, we get complacent with the established rules of others whether it’s the guidelines of an educational program, the expectations of the people around us, or the limits of a label for the music.

We get sucked into a mindset that is not particularly true and one that’s not our own. After years of this, it can be eye opening just to remember that you can determine what it is that you want to get out of this music.

“What are my goals with improvisation?” Do you want to sound good at the local jam session, to play like Charlie Parker, to express yourself creatively, to develop your own voice in this music, to simply play music with others?

The possibilities are endless and we all have our reasons and goals when it comes to learning improvisation. Some of us have very high ambitions and work diligently everyday to improve, while some of us pursue improvisation as a hobby, simply for the fun of it.

If you look very closely, however, the true reason that we’re all drawn to this form of expression is not merely an external one. From the professional to the layman, there is an inherent satisfaction in creating in the moment; creating your own sound, expressing your personal view, and playing the sound of your time.

The music that is created in the moment. This is where we connect with the spirit of the music and feel in tune with our creativity. Yet, many of us are falling short of this simple fact and missing the point without even realizing it.

Improvisers frequently talk about being in the “moment”, yet you hear the same type of performances all too often. A concert where tunes like All of Me, Blues for Alice, and Blue Bossa are played in which the arrangements are transcribed exactly from the record and the soloists attempt to imitate the solos they’ve learned from the record.

No originality, no unique arrangement, no reharmonization, or no interaction – just the melody, solos, and the melody once more.

It brings to mind an examination in a music school, but it’s happening on a stage right before your eyes, (“Playing standard jazz repertoire – check. Demonstrating knowledge of harmony – check. Improvising in the style of your transcription assignment – check. Congratulations! You have passed your final examination and are now free to bore audiences around the world.”)

Or say you turn on the radio on your drive home from work. After turning the dial to the jazz station, you hear a “new” album with players playing tired out standards in the same exact way they have been played for decades. It’s as if the idea of the jazz musician has become a parody in the minds of the performers and the audience alike.

This type of aesthetic is killing the music. A certain type of performance is expected based upon the collective mentality of the public and that is what the performers provide; following an idea or perception of what the music is supposed to be and rehashing the past instead of evolving from it. For some reason, we would rather relive these musician’s lives and times than share our own experiences with audiences.

When you perform in this way, playing the ideas and music of other people or generations, not only are you missing the moment with the other musicians around you, you’re not playing in the moment of today (it’s almost 2012 if you haven’t realized). By playing these tunes without any interpretation or adaptation, are you really telling a story that is emotionally relevant to you?

It may be difficult to put yourself in the mentality of the great players of the past, especially from the perspective of your generation, your upbringing, and through the somewhat dubious looking glass of the history books.

What we do have however, are the words of these players in interviews and the undeniable evidence of recordings. From this we can understand and infer a number of things.

Take Charlie Parker for instance. We know from his own words that he was very interested in contemporary music, harmony, and rhythm. He studied the music of Bartok, Hindemith, and Stravinsky and he took the popular tunes of his day (All the Things, How High the Moon, etc.) and interpreted them in his own way; applying his harmonic sensibilities, his rhythmic ideas, and his unique influences.

“Music is your own experience, your thoughts, your wisdom. If you don’t live it, it won’t come out of your horn. They teach you that music has boundaries. But, man, there’s no boundary line to art.”~Charlie Parker 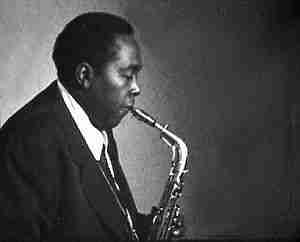 He created something that no one else before him had – a style of improvisation, a sound on his instrument, and a revolutionary harmonic approach to the music.

Parker was a creative radical of sorts. He wasn’t trying to fit into a mold or comply with a system, he was playing the music of the times and the popular music of his generation – he was playing his music.

Today we’re still performing the music of the bebop era exactly as it was performed 70 years ago. Yes, that’s right seven-zero years ago! The music of a different era and a different mentality, yet we continue to force these tunes and arrangements into our performance. This would be like Charlie Parker playing the music of the 1870’s note for note in the jazz clubs of 52nd st..

Not a reharmonization or implying different ideas over that tune, but playing the same arrangement, the same harmonies, the same solo. However ridiculous this may seem, this is what is happening in music scenes in cities everywhere. Night after night, musicians are rehashing the music from 50-70 years ago on the bandstand.

The difference between practice and performance

All of this is not to say that it’s wrong to study the tradition and the music of previous generations; in fact this is essential to learning the language of improvisation. However, you must make a distinction between practicing and performance.

Listening to records, learning standards, and transcribing solos is a necessary step and a hefty amount of work, but when you perform you need to take it to another level. Simply playing the tune the same way you learned it, playing those lines you transcribed note for note, and following the exact arrangement is not going to cut it when you’re on stage.

In the practice room you do the learning and the imitation, studying and copying the style and compositions of your heroes. And on the stage, you interpret the music in your own way and bring something unique to the group. When you perform, you’re not in a practice room by yourself anymore, you have other people to interact with.

You need to define yourself musically. What harmonies catch your ear, what grooves excite you, what is your sound, what are you going to bring to the table personally?

Take the music of John Coltrane as an example. There are stories of him practicing the melody to Confirmation over and over again, but you cannot find a recording of him performing it. Rather than perform music that was 10 or 15 years old, he chose to make his own contribution to the music. He still studied and diligently practiced the music of his predecessors, yet he did not stop there.

Coltrane developed his own harmonic and rhythmic concepts and applied them to the standards he was learning. Instead of rehashing the melodies and solos of Parker, he developed his own tunes. Checkout 26-2 from the 1964 album Coltrane’s Sound based on the changes to Parker’s Confirmation:

We should all follow Coltrane’s example and the standard set by countless masters from the time of Bird up to the players of today.

When you get on stage you need to be in the moment. Interact with the other musicians, connect with the audience, add your perspective into the mix, incorporate the feeling of your time to the music.

The next time that you find yourself performing, ask yourself: Am I playing my music? Am I playing something relevant to how I feel today? Am I playing with the other musicians on stage in the spirit of the moment? Does my playing reflect my experiences and the atmosphere of my time?

…Am I truly playing the music of now?