There are certain composers in the jazz tradition…ones that have such a uniquely personal style that their compositions seem to take on a life of their own, becoming part of the jazz pantheon long after the lifetime of the writer. Composers like Duke Ellington, Charles Mingus, Wayne Shorter, and especially Thelonious Monk come immediately to mind. Monk’s tunes, exceptionally unique at the time – not unlike the man himself, have become beloved and frequently played jazz standards with the passage of time.

Everyone has probably played Straight No Chaser or Blue Monk at one time or another, but the music of Thelonious Monk runs much deeper than these frequently called blues heads.

Many of the compositions of Monk are now standards and as numerous musicians continue to play his music, more tunes are being rediscovered and added to the standard songbook of the modern jazz musician.

If you are serious about jazz, the musical contribution of Monk is one that can not be ignored…

Like many of the innovators in this music, Monk’s music spanned across generations of musicians, even as the music underwent drastic changes.

Today, his music continues to inspire and captivate musicians and listeners alike from all parts of the world. If you’ve just discovered the music of Monk, the best thing to do is to immerse yourself in his records and absorb the distinct style of this musical innovator.

And if you don’t already have the albums below, do yourself a favor by clicking on the album covers and adding them to your collection right away: 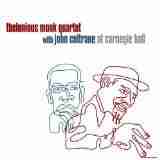 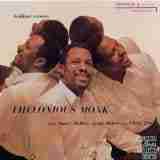 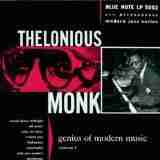 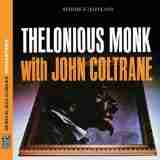 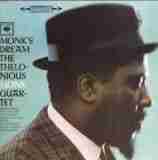 Thelonious Monk composed over 70 compositions, all imbued with his distinct compositional style.

Here are 10 frequently played Monk tunes to start with that will give you a solid foundation. Many melodies are written creatively over blues or rhythm changes, while others are distinct originals or lyrical ballads.

These are tunes that you’ll need to become familiar with and eventually add to your repertoire:

One of Monk’s most popular compositions, this ballad has been recorded by numerous musicians throughout the years. This clip shows Monk performing live with one of his steady groups, including Charlie Rouse on tenor:

Based loosely on the standard “Just You, Just Me,” the title evolved in Monk’s hand from “Just Us,” to “Justice,” finally to “Evidence”:

This beautiful ballad, an early composition, continues to live on as a jazz standard:

Taken from the recently discovered Carnegie Hall concert with John Coltrane, this Monk composition was used as a creative tool by many of the pioneers of bebop:

Named after baroness Pannonica “Nica” de Koenigswarter, patron to a number of musicians on the New York Jazz scene during the 1950’s including Charlie Parker among others. Monk had an especially close connection with Nica and penned this tune as a ballad, but it has evolved into a swing tune on this landmark Chick Corea album:

This composition has been recorded by everyone from Coleman Hawkins to Michael Brecker and McCoy Tyner:

With a melody built entirely upon the interval of a sixth, this blues head is extremely “Monkish” and encourages a creative approach not typical in your average blues head:

Probably the most played of Monk’s compositions, this tune is a great work out for moving between chords that are a half-step apart. (And what about the real changes? Check out this article by Ethan Iverson)

Another well know Monk ballad, this tune is part of many musicians’ repertoires:

The simple melody of this tune is based on a repeated note, but harmonic interest comes by way of Monk’s clever accompaniment:

These 10 tunes are only the tip of the iceberg. Thelonious Monk was a very talented and prolific composer. If the tunes above weren’t enough, here are a few more Monk tunes to keep you busy:

I say, play your own way. Don’t play what the public wants. You play what you want and let the public pick up on what you’re doing — even if it does take them fifteen, twenty years. ~ Thelonious Monk