In jazz education, one thing that you encounter right off the bat are rules. There seem to be rules for every aspect of the music: Which scales you’re allowed to use over certain chords, which chord tones you’re supposed to land on, how to correctly employ voice leading in a line, what notes to avoid in a chord progression, and so on and so forth.

At first, it can seem like you can’t even improvise on your own without breaking one of these sacred rules. For many educators, the easiest method to introduce a beginner to the fundamentals of improvisation may be to establish rules and guidelines for the basics, but is this the best method to produce creative thinkers?

As improvisers, we don’t want to fit into a one size fits all mold. Our aim is to create our own voice and to express our unique selves musically. Sticking to guidelines and heeding strict rules seems inherently opposed to the mentality of a jazz musician. But, by looking at these “rules” in a new light, it can be possible to benefit from the fundamentals of theory while avoiding the confines of that dreaded cookie-cutter mold.

Look in any text on jazz improvisation and you’ll immediately be bombarded with rules: On V7 chords use a bebop scale or altered, on all ii-V-I progressions be sure to use 7-3 resolutions, on a Major 7th chord avoid landing on the root or 4th scale degree, on a sus chord omit the 3rd of the chord, when you articulate a line you must tongue the up-beats. The list goes on and on.

These rules are effective in learning to create logical, aurally pleasing lines when you are inexperienced, but left undeveloped, these guidelines can drastically limit your musical scope further on down the line. As you ingrain these rules over time, improvising can become a predictable equation: you see a certain chord or progression and you follow a predetermined formula to get the desired result. The problem here is that the result is the same every time – not exactly improvising, is it?

This idea of having rules in music is not just limited to the intricate details of functional music theory, but can be as large in scope as a philosophy about the music itself.

Often, the people that subscribe to the belief that jazz has rules, even standards that must be upheld, also tend to have a strict definition of what jazz is and what jazz isn’t. For these traditionalists, the music is defined in a specific way; for them jazz must swing, jazz must have a certain instrumentation and sound, and jazz must follow a certain lineage. Anything that doesn’t fit into these specific guidelines isn’t credible, acceptable, or even listenable – it’s simply not jazz.

Whether you’re looking on a micro-level at the inner workings of a musical line or on a larger scale at the overall philosophy of the music, this narrow, rule based mindset forces you into one-sided way of thinking about jazz. As a result, there quickly becomes a “right way” and a “wrong way” to improvise.

Many of the rules that we adhere to in jazz were culled from an academic examination of the solos and harmonic techniques used by the musical masters of preceding generations. For the majority of modern jazz musicians, these musical “rules” came directly from Charlie Parker and his peers.

The way they altered dominant chords, the way they constructed complex lines, and the way that they used rhythm in their phrases set a new standard for improvisers everywhere. These devices became the guidelines for how to improvise for generations of younger musicians.

However, for Parker and his fellow beboppers, these rules were just devices that they had discovered and shared with each other. In fact, the musicians of Bird’s generation rebelled against the accepted rules of the music and searched for outside influences for inspiration.

For these players, the act improvising was about exploring musical boundaries and seeking influences from every genre, not staying within the confines of tradition and following prescribed rules for improvisation.

Have you heard that album of music by Schoenberg with just five instruments playing while an actress recites some poetry in German? It’s a wonderful thing…Have you heard The Children’s Corner by Debussy? Oh, that’s so much music!…Debussy and Stravinsky are my favorites~Charlie Parker, 1947 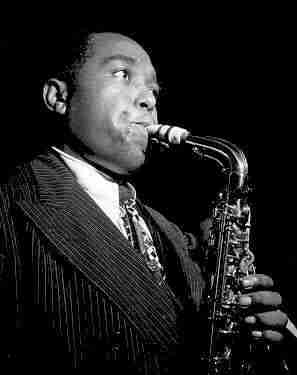 Even though historians paint a picture of Parker and Diz as leaders of a sacred jazz tradition, both masters ironically searched outside of the “jazz pantheon” to create their voices. Dizzy Gillespie explored Afro-Cuban music and combined it with the progressive harmonies of  bebop. Parker, on the other hand, studied the works of Stravinsky, Hindemith, and Bartok to develop his sound and expand his harmonic pallet; pretty far from the “rules” of  jazz tradition if you ask me.

If you check out enough music, you’ll quickly come to terms with the fact that not all jazz swings. That every player doesn’t use 7-3 resolutions on every ii-V or stick to the chord tones when they improvise. It is indeed possible to sound good without using the same technique every time you encounter a V7 chord or navigate a turnaround.

These “rules” that we encounter early on can be effective as we learn how to navigate chord progressions, however they are not the only way to play over chord progressions. Moreover, as your ear changes, breaking these rules can sound good as well.

The challenge is to shift your mindset. Stop thinking of these concepts in terms of rules for improvisation and start thinking of them as tools for improvisation – just one among many in your musical arsenal. These guidelines that we pick up as we begin to learn how to improvise are valuable, but so are the ones that you discover while transcribing and develop on your own.

With tools you have endless options that are always evolving the more you learn, but with rules you are stuck with only two options: the correct way and the incorrect way.

Creating your own tools

Remember for each harmonic situation you encounter, aim to have a minimum of ten ways to navigate that sound (ten ii-V lines, ten options over V7 chords, ten over Major 7, etc). Instead of strictly following the rules, learn them and then continue to search for new ways to play over those familiar sounds.

The masters of the past began by studying the tradition and learning the rules of the music. However, they didn’t stop there. Those rules became a rudimentary foundation for their playing, some tools to use as they searched for and developed new musical concepts.

The next time you go to play over a Major 7 chord, a ii-V, or any other familiar progression, think twice before you use the accepted rules to get around those sounds. Take a step back and remember that those rules are just one option, one tool out of many that you can use to express yourself.

How to Learn Jazz Improvisation: The Ultimate Guide

How to Play Cherokee like a Pro: 24 Melodic Tricks for Insanely Fast Tempos (Premium)