I have a vivid memory of the first time I tried to play in an early jazz group. I was in school and was asked to play the trumpet part in an ensemble that met each week studying the music of Louis Armstrong, Jelly Roll Morton, and other significant early players. Cool, building my jazz history foundation right? How hard could it be to go back and pick up these styles?

However, once that first rehearsal began I quickly discovered that there was a huge hole in my playing. I could make it through each melody decently, but every time it was my turn to solo I hit a wall. My mind suddenly became blank and I had nothing to play – no melodic ideas, no rhythmic inspiration, and no idea where to even begin crafting a solo.

The music was just not in my mind, plain and simple. The style was unfamiliar, I wasn’t hearing the rhythmic elements of the music, and my sound and articulation weren’t fitting in with the group’s sound.

To be honest, I had never really seriously listened to anything before Bird, Dizzy Gillespie or the big bands of the 1930’s and ’40’s. Up to that point I was used to playing modern jazz standards, ii-V-I’s, and aiming for the upper structures of chords, but none of that worked over this style – in fact it sounded terrible.

Like many other musicians, I’ve encountered this exact feeling in other areas of my playing as well. An unfamiliar style of music can throw you off and quickly uncover your musical weaknesses.

It’s the same feeling you get when you’re first learning to improvise. You have the music theory rules and a list of scales for what you want to do, yet you have no model in your mind for how to play it. You aren’t hearing what you’re trying to play, so you end up guessing and relying on theory, and this process doesn’t exactly lead to amazing music.

Without the sound or style of music in your mind it can feel impossible to play. It’s like trying to create something from scratch without having any idea of what you’re making.

In that early jazz group I just assumed that I would be able to approximate the style using my knowledge of music theory, and this is exactly what a lot of musicians do when they attempt to improvise. They haven’t listened to or studied the music and expect to sound good because they know a few scales.

“No amount of skillful invention can replace the essential element of imagination.”~Edward Hopper

You can be a wizard at thinking about music theory, but if you don’t have an active aural imagination where you’re hearing musical ideas in your head and have the sound of music in your ears, you’re going to have trouble realizing your creative potential.

I) Developing an aural conception of music

Close your eyes. Now imagine your favorite song or your favorite solo. Do you hear that sound that is emanating from within yourself? This is what we’re talking about, the sound of music that you hear in your mind.

The ability to hear music in your mind affects every aspect of playing a musical instrument, especially when it comes to improvising. In fact the very act of creating melodies over chord progressions and shaping musical phrases in any style is directly related to what you’re hearing in your head.

It could be a classical concerto, a folk tune, a pop song, a major chord, or even All the Things You Are… If you’re not hearing it first in your mind, it’s going to be difficult getting it to come out of your instrument. Even the musical things you do away from your instrument like composing, singing along with the radio, clapping rhythmic figures, or learning the sound of an interval are linked directly to your ear and the sound of music inside your mind.

The problem however, arises when you attempt these musical activities without any reference in your ear. When you are guessing at which notes to play, how to articulate a line, or how the melody should be phrased.

Any time that you try to play a new style of music or technique that you’re unfamiliar with (i.e., not hearing in your mind) you’re going to have trouble getting your musical message across and you’re going to sound out of place.

Not because you’re not capable of playing in this style or technique, it’s that you haven’t put in the time listening and learning this music to the point that the sound is ingrained in your ears. You’re trying to play music from an external place rather than an internal one, and this just doesn’t work.

“Music is the art of thinking with sounds.”~Jules Combarieu 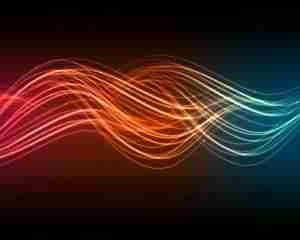 Take a moment to test yourself. Let’s say I ask you to imagine a major scale. What is the first thing to pop into your mind? Do you immediately think “C…D…E…F…G” and imagine a music staff with these notes on it? Or do you hear the sound of a major scale ascending from the first note to the last and back down again?

What about if someone sings a rhythmic figure to you, do you sing it in your mind and imitate it or do you intellectualize every beat? What about a ii-V-I progression? What about the first four bars of Confirmation?…

In each case you should be hearing a sound in your mind. A scale, the movement of a chord progression, a rhythmic figure, the melody to a tune, anything – it should all start with a sound that you’re hearing in your head.

It’s the same experience when you think about the color green or the taste of chocolate, you remember the physical experience of those things, not an intellectual description. That experience, whether it’s taste, visual, or sound lives in your mind. Strive to have this kind of relationship with sound in your own mind.

Eventually you want to be able to think in sound, to hear the elements of any musical phrase in your mind before you play it.

II) Getting sound into your head

To begin, there are some key exercises that are vital to hearing music in your head:

III) Hearing every aspect of music

As a musician there are a lot of sounds that you need to get into your head. Aside from the basics of chords and progressions, a conceptual sound in your mind is essential for these six areas of your musicianship:

1)   Stylistic playing – Each genre of music has a tradition with specific stylistic qualities. It could be a unique aspect of time or harmony that sets it apart from everything else. Whatever the style may be, aim to get these unique musical qualities into your ear.

2)   Articulation – The way that you articulate a line is vitally connected to the time and style of a piece of music. Remember that these different ways to articulate begin with a model in your mind.

3)   Swinging – Try as you might, swinging can’t be notated on a piece of paper. It’s a sound and a feeling the you must absorb from hours of listening to recordings and live performances.

4)   Altered sounds (tri-tone subs, b9, #9, etc.) Playing altered notes or notes outside of the traditional key center can be analyzed theoretically, but will be much more musical when they are coming from an internal place.

5)   Rhythmic ideas – Rhythm is a physical aspect of music. It’s the vibration of the beat and a feeling of time passing. Get the sound of swinging eighth notes, triplets, and odd meters in your ear and connect with the time internally.

6)   Instrumental tone/sound  – The sound that you produce on your instrument is an amplification of the sound you’re hearing in your head. You are your own instrument.

All of these different aspects of a musical line or style are unwritten. You can’t learn them from a book or understand them from a sheet of music, you must absorb the sound in your ear and try to recreate that on your instrument.

Sound, time, articulation, swinging…Nothing can replace the experience of these sounds in your mind. This internal sound is your emotion, your connection to everything musical that you’ve learned, and your inner musical intuition.

In your practice if you find that you can’t play over a chord, a tune, a progression, or a rhythm, it goes directly back to the concept of these things in your mind and your ear. You haven’t listened enough or focused enough to the point that these sounds are ingrained.

Every time that you hear a chord, a tune, or a rhythm you should be hearing a melody that you would play over these sounds in your mind. Cultivating this inner-voice is essential to improving as an improviser.

Remember, a great improvised line begins in you ear. It’s a feeling in sound that you want to transmit to the listener, not mental mathematics where you match up scales and chords.

Playing what you hear creates a deep connection to your creativity.

Focusing on that sound in your head links you to your emotions, your ears, and your physical technique.

This is the human element of the music. It sounds authentic, natural, and is made in moment. Try to connect to this inner sound, the music in your mind, every time that you play your instrument and you’ll notice a new level of musicianship in everything that you play.