Imagine that you’ve just stepped off a plane in a foreign country. You grab your suitcase and step onto the soil for the first time and suddenly you’re filled with a sense of excitement and anticipation. What new sights, new sounds, unusual food, and interesting people await you in this strange new place? Your mind races with possibilities and you can barely wait to get out there and start exploring.

But after a few days you begin to notice something odd…

At each stop on your journey everyday conversation seems to elude you.

The sound of laughter fills the air from jokes that you don’t understand, menus at restaurants don’t make any sense, and each interaction with the locals becomes a confusing struggle.

Desperately you hold on to the few phrases you’ve hastily learned from your guidebook, but at the end of the day you finally have to admit it – without speaking the language, you’re all alone in a bubble.

You can’t connect with other people, you’re isolated, and you’re frustrated.

This is exactly how most musicians feel the moment they try to improvise a solo.

They get put on the spot by their teachers, they find themselves with a solo in big band, and they wander into a jam sessions.

Just like stranded tourists they feel lost, unable to speak the language, and frustrated that they can’t communicate their ideas with the outside world.

You’ve probably felt this way yourself trying to navigate unfamiliar tunes and keys and clinging on to a few scales for dear life.

In fact every improviser encounters this creative barrier when they’re beginning and many find themselves discouraged.

Some players quit in frustration, some begin to believe that they can’t improvise or that they have bad ears, and some keep pushing forward blindly hoping that one day all of those scales will somehow turn into a great solo.

It’ll mean the difference between stumbling around musical situations frustrated and confused and confidently telling a story that connects with the audience and players around you.

It starts with your perspective 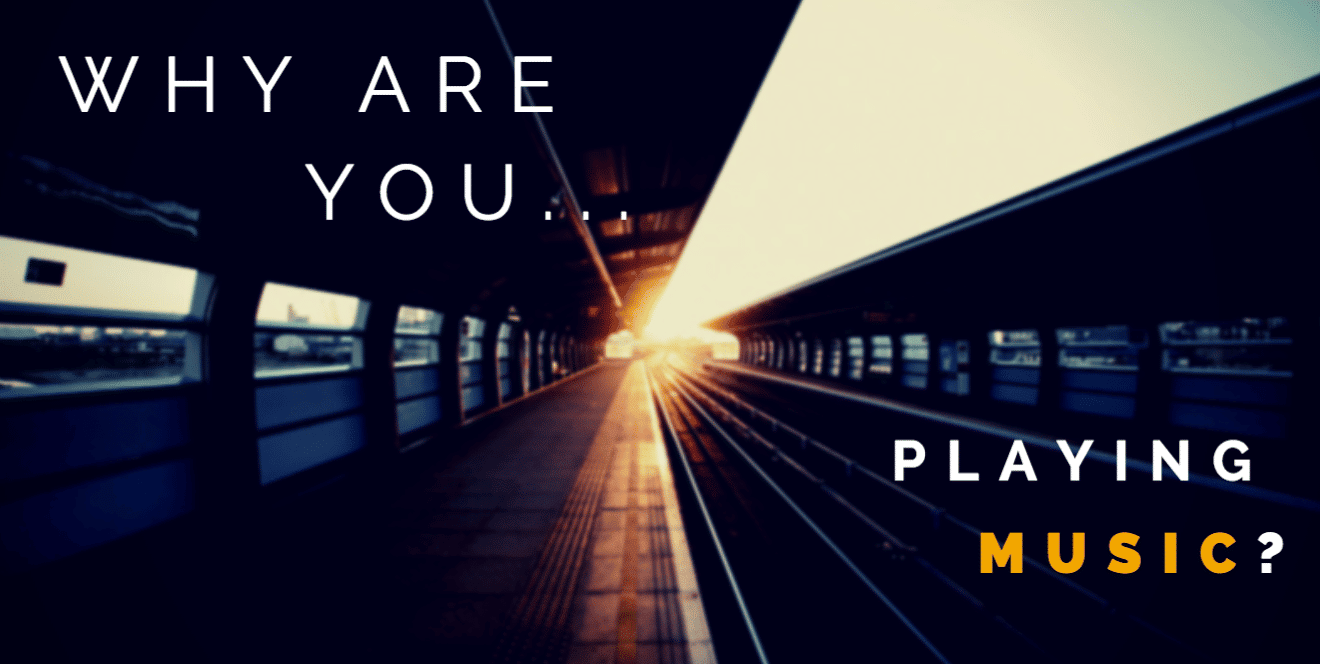 With all of the books, private lessons, and music schools that we have access to we’ve missed an important fact about the many styles of music that exist around the world

We’ve forgotten that music is a language…

Just like the language that you speak everyday, music is a language that communicates our inner thoughts and feelings with the outside world.

And it’s this aspect of improvisation that will truly change your playing. The side of music that comes from a culture and experiences in life rather than analysis and theory.

Yet this isn’t something that you’re going to pick up in a classroom or a music theory book.

You see, the traditional methods of learning to improvise have trained us to focus on the pieces and parts of musical language. The notes, the scales, the chords and the music theory terminology…

But we miss the big picture. We forget that all of this information is learned for one purpose – to communicate with other people.

Every time you play over a standard, every time you perform with your band, and every time you practice tunes with another musician you’re entering a situation where a language is being spoken. And if you don’t speak it, it’s not going to make sense.

Remember, a scale is not musical language and music theory alone is not going to make you a great improviser.

“Like any great conversation, improvisation requires ideas, style and personality – it requires language.”

Imagine trying to chat with your friends and thinking of individual letters or searching for words one at a time to communicate an idea.

Yet this is exactly what we’re doing with music. Obsessing over the notes of a scale and the individual chords in a tune instead of communicating. Great improvising happens when you bridge the chasm between using scales and speaking a language.

The path to learning language

The key to speaking a language fluently is developing a vocabulary.

A vocabulary that you know inside and out.

The more words and phrases you know, the more ideas and feelings you can communicate. And eventually, the easier it’ll be to have a conversation.

The same is true of improvising. You need to develop a vocabulary of key words, phrases and sentences that you can use in everyday situations, a musical vocabulary that consists of language you’ve learned over different chords and chord progressions.

As a jazz musician, the building blocks of your musical vocabulary begin with four sounds:

Once you have a word (musical phrase) for each of these individual chords you must focus on connecting these sounds. Start with these common chord progressions.

Then after you have a few phrases, you need to get out there and start speaking. You need to develop this vocabulary in the different musical situations you’ll find yourself in as an improviser: the Blues, Rhythm Changes…

Until you’ve learned some language, improvising is going to be a confusing mess of scales and chords that you’re trying to piece together.

As Mulgrew Miller states in this clinic, you need learn how to speak the language of jazz:

“What you have to realize is that this is a language that you’re playing. You have to learn the language, the syntax of the language. Just like you do in English or any other language you’re learning.”~Mulgrew Miller

So look at your own playing.

You know your scales and you’ve memorized a few tunes, now what musical vocabulary do you have?

What do you have to say over a Major or minor chord? What about ii-V-I’s or the blues? Not just matching notes to chords, but actually making a musical statement, sharing an idea or emotion with the listener.

You’ve studied the notes and the theory rules, now learn how to speak!

So where do you find this language? 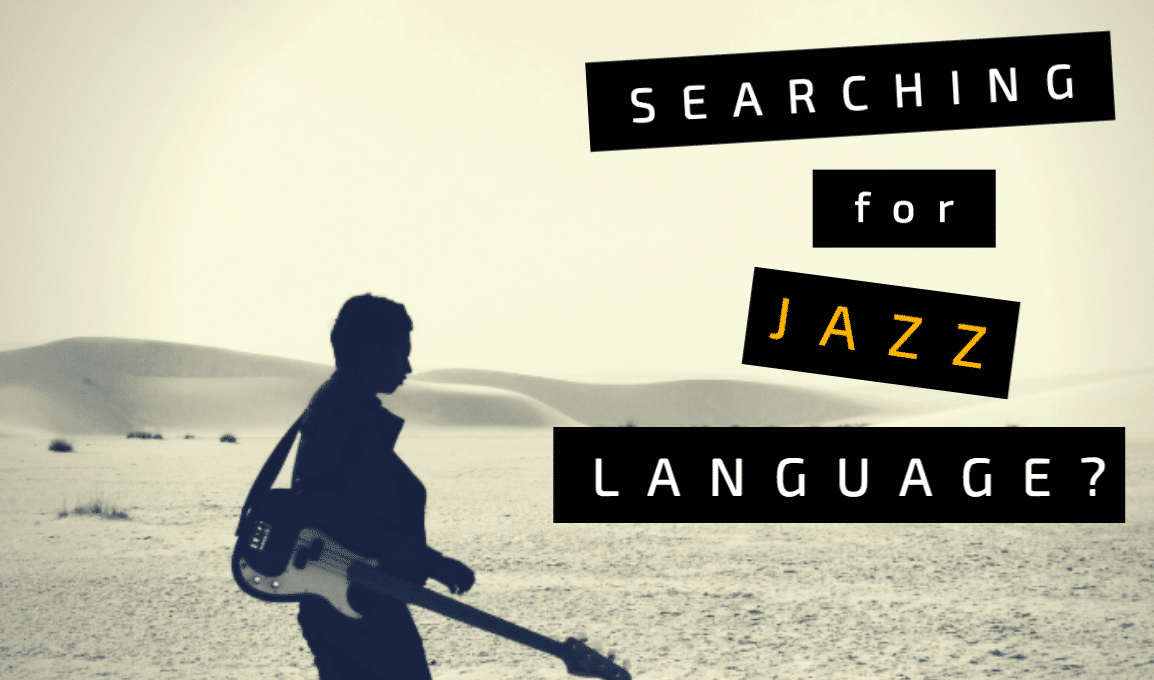 “Sure,” you’re saying to yourself, “this all sounds good, but where exactly do I find musical language?”

All of the language you’ll ever need is on the great recordings. It’s online, it’s in your record collection, and it’s on YouTube. Simply let your ear be your guide.

Remember, the secret of every great solo is that those notes and phrases are the culmination of years of work. One masterful solo contains a lifetime of language.

However, the hard part is getting that stuff off the record and into your own playing…

To do this you need to transcribe. Lucky for you we’ve been writing about this process for some time now. Check out these articles for a closer look at the transcription process:

Start by transcribing a musical phrase over each of the 4 basic chords.

Keep in mind that transcribing is not just a way to steal notes, it’s a process for developing your musical vocabulary. Find language to solve the musical problems that you are encountering in your own playing and strive to find the best models you can.

Think of the transcription process as your apprenticeship with the musical master of your choosing. Study their sound, their articulation, their time, their vocabulary, and their musical personality.

Start by saying one thing

It’s an overwhelming task trying to learn an entire language.

Thousands of words, grammar and usage rules, pronunciation… And learning to speak means entering situations where you’re uncomfortable and where everyone else is a native speaker.

But you don’t have to tackle everything at once.

And you don’t have to spend years transcribing hundreds of solos in order to improvise something that’s connected to your inner-voice.

Start by learning one line, one piece of language over a Major chord. Then do the same for minor chords, then the ii-V-I progression, then the tunes you want to learn…

Remember, language is not a lick that you steal and use in the exact same way, that gets boring.

Mastering a language means having control over the words and phrases you use and adding your personality and tailoring this vocabulary to your situation.

Spend time with your transcriptions and make those lines you’ve learned your own.

Eventually you’ll have multiple things that you can say in any situation. You’ll be able to create a conversation on the spot and improvisation will finally start to make a lot more sense.

So stop being that frustrated tourist wandering around and struggling to communicate and start speaking freely with your music.

Good luck and stay tuned for the final installment of our series The 5 Skills You Won’t Learn in School!