Have you ever seen a movie where a certain character stuck with you long after the film was over? Or what about a piece of artwork that kept popping up in your mind’s eye? Maybe you’ve witnessed a speech that had the same lasting effect or attended a concert where the performer played their instrument in such a way that it altered your own musical approach. We’ve all experienced these moments, but what was it about these performances or experiences that stuck out for us?

A quick glance at a dictionary will give you the following definition: The combination of qualities or features that distinguishes one person, group, or thing from another.

And a character is a person who embodies these distinguishing features.

Characters of all types catch your attention and connect with you in a personal way and in an art like improvisation, this is an essential tool in developing your voice and connecting with the listener.

Characters in music are like characters in any other discipline, a unique personality and a novel approach make an individual stick out from the pack.

If you take a look back at the history of this music you’ll notice something unique about the most prominent improvisers. This music that we’re trying to learn today is all built on the achievements of strong musical personalities.

Players like Louis Armstrong, Charlie Parker, Miles Davis, Monk and John Coltrane were characters not only in the music that they devoted their lives to, but in the way they approached life as well. 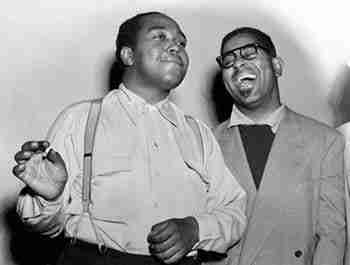 These improvisers followed their own path and pursued their own musical vision. They had a story to tell and a unique way to tell it.

A musical character has a personal sound and a style all their own, one that is immediately identifiable to a listener. Skill and technique contribute to this sound, but character comes from a different place. All those notes and lines without sound, inflection and time are nothing.

Take a look through your music collection. I’ll guarantee that your favorite records and favorite players have this distinct quality about them. You chose this music to be in your collection because it connected with you, more than notes and chords, there was character coming through the recording.

Why a musical personality is important

You’ve probably listened to a performance or solo where there was no feeling in the playing. Improvising that was bland, predictable and flat-line that left the audience shifting in their seats and looking at their watches.

Sure the notes may have been played at the right time and on the right chords, but something vital to the music was missing.

The reason for this lack-luster performance was that the performer was improvising without a personality, simply going through the motions of creating a solo. Theory rules were followed and techniques were applied, but nothing of note was being stated or delivered in a meaningful way.

You cannot dream yourself into a character, you must hammer and forge yourself one.~Henry David Thoreau

When many players improvise they become so burdened by the music theory aspect of improvising that they quickly forget about the elements of a performance that make the music meaningful. The sound, the articulation, the feel, the developoment of the phrase... These are the reasons we listen to a solo, yet sadly they get lost in the muddle of chords and scales.

Remember, a personality is what makes improvising interesting. Character adds life to the notes and shape to the lines. Character adds a human element to the music that the listener can connect with and most importantly, character tells a story.

The Elements of musical character

So what exactly goes into the creation of a “musical character”?

Your character is a direct reflection of your personal conception of music. The ideas and concepts that you believe in, practice and gravitate toward as a musician ultimately shape your approach to improvising and one day, will come out of your instrument. It may surprise you, but these elements are more closely related to the fundamentals of musicianship than you may realize.

In terms of character, individual notes in a solo are less important than the way in which you deliver these notes to the listener. Here are 5 elements of musicianship that contribute to building your musical personality:

The most essential aspect of your musical character is your sound. Your sound is unique to you and you alone. Just as an actor’s voice creates his character a musician’s tone, touch and intonation create a sonic personality. What is your sound and more importantly, what is this sound conveying to the listener?

Keep in mind that your sound is the first thing that a listener will hear, a first impression with a powerful impact. The greatest improvisers spent years developing their sound and so should you.

Rhythmic acuity arises from an internal sense of time and a close relationship with the music. All of the great improvisers that we listen to “swing” yet they all have a personal sense of swinging. No two styles are the same.

For many inexperienced improvisers articulation is another casualty in the quest to find the “right” notes. The way you articulate a line may not seem that important at first, however it’s one aspect of your playing that is critical in defining your musical character. Articulation can be subtle or it can be stark. It can make a line swing, it can create forward momentum and it can create a mood for the listener.

Which chords or harmonies catch your ear? Which chord tones to you gravitate toward? What intervals do you find the most compelling? The harmonic and melodic quality of your playing will also serve to create a personal style.

The way that Clifford Brown phrases is different from the way that Coltrane phrases his lines. Trane, Miles and Cannonball all have different approaches to melody within an improvised solo. Miles even differs with himself throughout the years!

The way that you shape your lines and craft a solo creates a specific effect on the listener. Different musicians can play very similar lines and get wildly different results. Your approach to phrasing naturally grows out of your sound, time and articulation and gives shape to your musical message.

Improvising without these 5 elements creates a weak and bland solo, however close attention to each will serve to create a unique sound.

How to Develop your Musical Character

When it comes to acting, there is a large difference between an impersonation and the development of a believable character. Anyone can impersonate a few physical quirks or read a some lines from a script, but few can actually transform themselves into a living character.

Great actors truly become the character physically, emotionally, and vocally. They transcend technique and tell a story. The same can be said of great improvisers. Improvising isn’t imitating a few licks from a player or doing a musical impersonation, it’s ingraining this music at a deep level and making it your own.

Take a moment and ask yourself: “What is my musical character?” Are you just matching up scales and chords or are you actually sending a musical message? Are you recycling a few lines you’ve transcribed or are you developing a personal musical language?

As you set out to create your musical character, think of it as a process like developing a personality.

“You are the average of the five people you spend the most time with.”~Jim Rohn

You are malleable when it comes to shaping your personality. Your friends, your acquaintances and the people you interact the most with everyday have a large impact on your character. The same is true of your musical personality – your sound, articulation, time and technique are influenced by your surroundings.

All of the music and musicians that you come in contact with everyday affect your musical conception. When you listen to a player you can immediately tell who they’ve listened to and studied and the more you practice the same will become true of you. You are the average of the 5 players or albums that you spend the most time listening to, studying and transcribing. 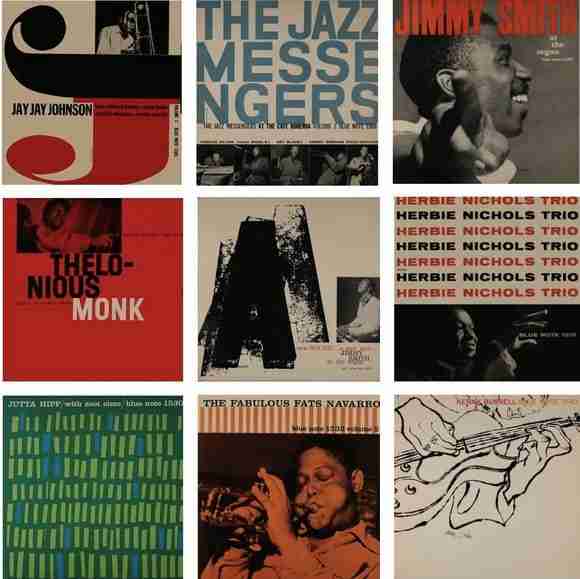 Here are three steps to building your musical character:

The first step to developing your musical character is listening.

What records are you drawn to? Which players grab your ear? Which sound would you like to imitate in your own playing?

Every time that you listen to a record or a live performance you take in ideas that you can either add to your personal concept or filter out completely. Be careful what you are putting into your ears!

Only listen to the best recording or the players that are going to move you forward. Just as you wouldn’t hang out with people that bring you down, you don’t want to fill your ears with musical garbage.

After you’ve filled your ear with the sounds that resonate with you, the next step is to figure out these sounds on your instrument. Choose the lines that grab your ear and slowly learn them one by one.

The language that you choose to learn will eventually define your musical character. This material is going to become the building blocks of your own musical language. Take the time to ingrain this language correctly and completely.

III. Developing your own language

The final step is taking all these influences and incorporating your personal touch. As Clark Terry says you need to Assimilate, Imitate and Innovate. Surround yourself with the best music available, figure out these melodies, lines and styles and then put your own stamp on them.

Follow the sound you hear in your head and trust your original sound, but remember that developing a musical character takes time. You can’t be completely original without first studying a model. You must listen to a lot of music, you need to transcribe the musical ideas that catch your ear and finally you need to develop these concepts in your own playing.

Put a piece of your personality into everything that you play. We all truly have a different sound and your goal as you practice should be to find yours: What is your musical character?